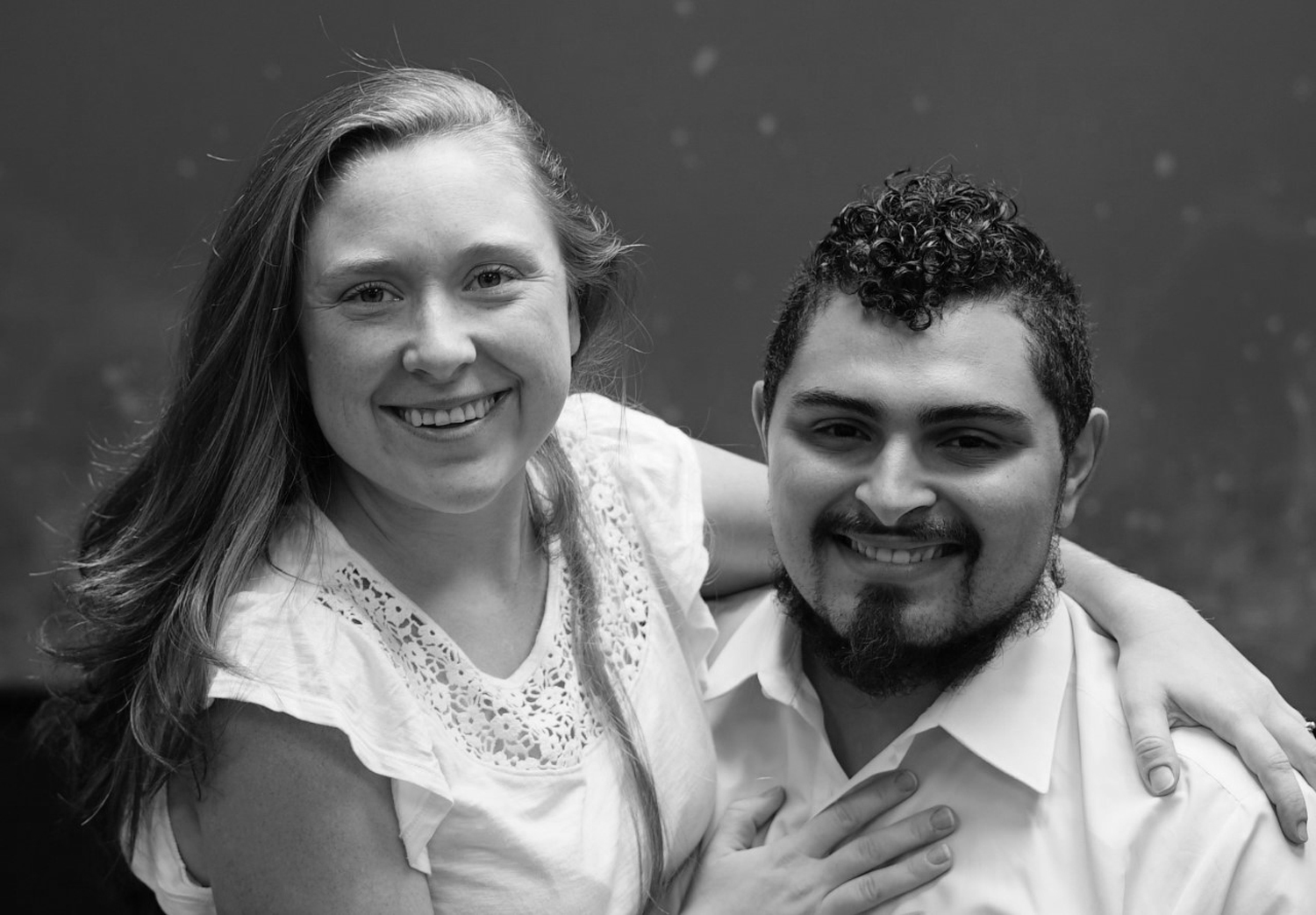 “When I was a baby, my mother with a humble heart, brought low through trials and tribulation, with her whole heart, dedicated me to the Lord when I was born. I believe when someone makes that vow with the Lord towards their child, the Lord takes that seriously and something about that, I believe, always followed me. So, I was always rejected by the world, never really fitting in like something was there keeping me set up to meet the Lord. I believe when my mother uttered those words, she gave me to Him and He set me apart, although I did not meet Him yet or get filled with Him yet. He marked me. During my childhood and teenage years, I went to the Catholic Church. I had no real revelation of Jesus, no knowledge of the word, and no knowledge of the Truth. Though I always had hope! I always had peace and childlike faith in my heart that I could not understand, a real knowing that God was real but never meeting Him yet. He was still up in the sky for me at that time.

My family and I lived in the Bronx, NY. After that, we moved upstate to the countryside of NY. For most of my time in school, I was bullied pretty badly for being the city kid. Many kids hated me, looking to beat me up. Eventually, my father miraculously was born again, giving up his life along with alcohol, drugs, etc. My dad started to introduce the Bible to our home, which caused many things to happen. We began to see the corruption in the Catholic Church, so we pulled out of that. We would have church at home instead. Through my father's transformation, I saw many things. Darkness came after my family; we had a season where we had paranormal activity every night in our house. Demons started visiting my brother and me at night. Even at times appearing in our rooms in the form of people, we would tell our parents about this phenomenon and they didn't believe us. Though later, those demons came after my parents. They started to have experiences with the demonic. We would be tormented at night for a season with voices in the dark, and loud sounds at night but no one was there, walking in the hallways, knocking on walls, and figures appearing in the house.

At that time, I was very into the paranormal and even had a team of guys that would investigate the devils of the night. All of a sudden, I came across a friend who was possessed by a demon. I remembered a few things from the bible study we had in our homes and testimonies about casting out demons. So, I decided to pray over this friend that manifested in front of me one night and by the finger of God, my first encounter with understanding the authority of every believer. The demon was cast out, the first demon I saw cast out at the age of 16. At this time the Lord started leading me to Himself more and more. As the demonic tried to enter my life in different ways, it pushed me to the Lord. I went to a Christian camp for teens that same year and was baptized in the Holy Ghost and Fire. The same night with evidence of speaking in tongues, I joined a room of 70 youths that were all baptized for the first time, all speaking in tongues for the first time at the same time. We all felt the presence of the Lord burning in our hearts for the first time. Having long nights praying for each other moving in the Unction for the first time. There was a woman whom the Lord gave me the Unction to speak for Him for the first time, and I told this lady that God said for her to go up to the stage and she smiled and went up and she was miraculously healed. When I came home to my parents after that camp, I was very excited about the things of God. Even my parents could see the difference, even mystified by the change. The latter half of my teenage life following that took a spin the opposite way; I begin to excel further in baseball. I even became popular in school, getting involved in many things. Lead singer of a few bands, musicals, clubs, sports, and dating.

Even though I was young I began to be consumed with the lust of the flesh and the pride of life. My head became swelled in pride. “All about me” lifestyle. I became my own Idol, although still with the conviction of the Holy Ghost burning in my conscience like hot coals. I went to college and this is where I reached the climax of rebellion against God and my own family so that I could fall into fornication and other dumb things. MY rebellion was not that I hated God but, rather, I wanted to pursue my own dreams and desires. In college, I did have one good thing happen. I met my future wife, Erin Elizabeth Occhiopinto! Erin and I moved to Florida so that I could play baseball at NCAA University of Tampa. Moving away from my family having rebellion in my heart, I begin to humble myself and truly seek after God again. I asked, “If you’re really real God, I will live for you. If you are not, then I want to just do what I want.” After this, I began to meet different people that the Lord put in place, and my life began to change as I stepped into the middle of a mini-revival in Florida. And this is when my life changed! I had a face-to-face encounter with Jesus; it forever set me on Fire. He spoke these words, "Leave everything and follow me." At this time, I was going to one of the best schools in the state. I only had two years left of college! I was a part of a NCAA baseball team. My dream was to make the major leagues, but when this man Jesus spoke those words to me, I dropped everything! I left college, I left my dream and career so that I can follow Jesus. He burned all of my old passions away. He took my breath away; one touch from Him, one encounter set me on FIRE for Jesus to walk the narrow way!

Today my wife, Erin, and I have a beautiful family the Lord has blessed us with. Erin and I could not find a ministry that was laying their all down for the Lord, and doing things His way, no ministry that is forsaking all for Jesus, no ministry that is like-minded for the manifestation of the Sons and Daughters of God on this earth. Then one day we met a couple, Shane and Marlene Roessiger, who were and still are to this day on fire for Jesus. The 2nd time I met Shane, we cast out demons together. And I was casting out a demon from a person, and he told me what to say to it for it to come out, and the demon manifested and came right out. From that point on I started to see and learn the apostolic authority that was and is on his life.

We saw in Shane and Marlene an undying will for Christ to be formed here on earth in The Body. And we fell in love because we saw Christ in them! Ever since, we have been planted at H.O.T House of Truth, with Shane and Marlene. We stand today under the Apostolic Mission and Foundation of the Lord with our true destined family of God, that God has ordained. So that we can be raised up to be the Sons of God and manifest Christ in us, so that Jesus may be glorified above the systems of this age and many can be saved!

The Lord is coming soon!!! BUT! He will have his church without spot or wrinkle, and He will have a church that the gates of hell WILL NOT in any way prevail against! We are here to reveal Christ and the power of his cross! So that the righteousness of God can be revealed from faith to faith and the lost of many nations can be found and made one in Christ. Adopted! Immersed again with Father who is the ALPHA AND OMEGA! THE BEGINNING AND THE END! WHO WAS AND IS AND IS TO COME!

All who listen: Seek after Christ and His Kingdom, because REVIVAL, REFORMATION, and RESTORATION are coming to a city near you for one last time! The Lord says it is not over yet, it’s a time to gather the remnant and set them on FIRE FOR HIM IN THE UNITY OF THE FULLNESS AND FAITH OF CHRIST! As many fall away, the Remnant is being gathered. And this shall happen before the great and terrible day of the LORD! And this is why we are here! This is what we were made for: REDEMPTION! All you who seek, He will answer. All you who knock, He will open, and THOSE THAT CALL ON THE NAME OF JESUS FROM THEIR HEART SHALL BE SAVED!”

“Growing up, I was in and out Catholic Church. Never paid mind to who Jesus was, just did the do's of a Catholic girl. Church, church school, communion, confession ect. After years of putting "who is God" on the back burning and living life, I met my Joe, who told me he reads the Bible & believes in Jesus. At the time, he challenged me to figure out, who was Jesus? Who was God? And I questioned: Why did Joe believe what he believes? Since being together in 2012, God has brought Joseph into my life, to help guide & lead me to the feet of Jesus, every day. We have been able to overcome challenges as husband & wife, as well as parents. God has used Shane & Marlene in our life together to push us to be made in image of Christ. To walk, talk, learn, express, teach, as Christ has done. Everyday pushing for God's will in our life, as a wife and a mother. Our walk, our journey, our life is much more than what the world previews it as. It's unconditional love, passion for the one and only, who can promise eternal life. As we come together as one body, one accord, and the bride of Christ, we will follow this narrow path to our one true love. As we continue to pull on the Holy Spirit for more revelation of the mysteries of his truth and heart, we unravel who God wants us to be. Not who we want to be. I will continue to seek God, as a daughter of Christ, a wife to Joseph, and a mom to beautiful children”

Back to Team Members