The Crowd, by Shane W Roessiger 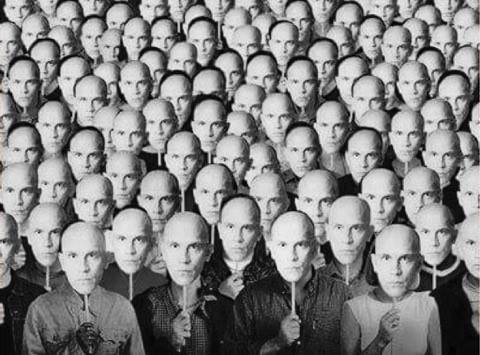 Society and the world make a crowd special. Jesus always disrupted the crowd. The crowd that praised Him was the same crowd that rejected Him, beat Him, Killed Him. This word is for the truth bearers. What truth does is disperse crowds and followings and makes people angry, restless, vocal, or opinionated at any venue including social media. Never allow followings or crowds to bring you confidence or false affirmation and encouragement.

Its deceptive and makes you feel that you on the right path, but it’s the opposite. Remember, Satan will have the biggest crowd. See, in the world things are popular but that does not mean that they are right. Most times it actually means it's wrong so shall it be in a carnal church. Many who have larger following are absent from or have a hidden agenda . You can test this. Get an attractive female, just quote nice scriptures all the time, and you will see this person attract a crowd and a following. They do it all the time, and it’s not even inspired by Holy Spirit.

What is the attraction? - The girl and compromise. Jezebel attracted 450 false prophets, seduced kings, and perversely disrupted Godly order. The truth never seduces. It cuts, it divides, it makes you feel uncomfortable in your flesh, but it is God. The truth will bring persecution, loneliness, and the enemy. Don’t allow false love Christianity, false grace and emerging doctrines of devils to seduce and deceive you into thinking you may be wrong because of lack of likes, lack of affirmation, and lack of followers. On the contrary, make that your compass of standing with Jesus. He said time and time again only a few will follow. Satan would love to make you a man pleaser.

“Because strait is the gate, and narrow is the way, which leadeth unto life, and few there be that find it.” Matthew 7:14

So stop letting the crowd determine righteousness, but let righteousness be determined by the Word. Jesus always reached masses but could only find agreement with a few. The crowd will kill you, but the few will raise you up. The temptation is so great to compromise a little bit here and a little bit there but keep your perspective. Old school revivalist didn’t start with a crowd. They started with God and general Christianity, and the system rejected them until that generation passed. Now big mega influential Jezebel crowd pleasing churches worship these movements but are not willing to pay the price, are not preaching the same message that brings the Holy Spirit in power. They think it’s by much prayer only but true revival comes from the Spirit of truth and paying the price to preach it. Look what Jesus said about popularity.

”Woe unto you, when all men shall speak well of you! for so did their fathers to the false prophets.” Luke 6:26

So the temptation is great to use flesh to attract people to you or to nice, to sweet, to fuzzy agreement that is so easy to make when the price is right, but the Truth costs you everything and could even take your life. So today, be steadfast, and let God bring you to masses but rejoice in the few who are following you as you follow the truth. See at the end of the day when you turn off and go home, go into your bed, it is the place that matters most. Did you stand for Him at the end? There will not be a crowd and won’t be any likes and affirmation. At the end of the day, it’s just you and God. We must live for an audience of one. The only way to do that is to die to popularity, die to being famous, die to being the next big Christian superstar. Let your rejoicing be in the Truth.

“Blessed are they which are persecuted for righteousness' sake: for theirs is the kingdom of heaven.” Matthews 5:10

Remember, Jesus didn’t get killed for his lack of love. He didn’t get killed doing good. He didn’t get killed for doing miracles. Those things will draw a crowd and keep them. That’s easy. What Jesus got killed for was His words. The Truth will ruin your life, but, Good News, you get His. It’s time for pulpits to be turned back to God and for the remnant to take its place as the only voice in the land. So my question to you today is will you choose the narrow way, lose this life and gain His, or will you follow the crowd into the broad way? I encourage you to keep speaking the Truth whether they like it or not because it is Him. Don’t let the crowd determine your righteousness but the Word.

Always remember, it will be the crowd that will turn on you one day. It will be only a few when it all comes down, and the Truth is Jesus, and that’s what you build upon at the end of the day when you close your eyes. It’s just you and Him. Did you tell them the truth today? Did you compromise for some likes and building up your facade? The Truth is the gold. Buy as much as you can. Sell out to the world and the religious system. See the greatest harvest you have ever seen. Keep on keeping on. The few, the Spirit, the remnant.